Platinum OG is one of the most potent strains of cannabis around. At first it’ll relax the senses and fill you with a euphoric energy. It’ll then turn into one of the most heaviest body highs you’ve ever felt – as it’s both sedating and numbing. A great strain for those who really need to relax. Best done at night, near a cozy and soft bed. 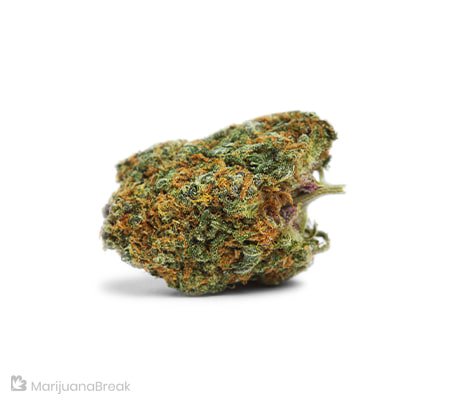 Platinum OG is some funky fire that should definitely be in your blunt. It’s been around for years, and to this day, is still some of the most potent cannabis you could find out there. So if you’re in need of something to sit you down for hours, or if you need something heavy for potential pain management, It might be the one for your body. Here’s some general facts about it.

What is the Platinum OG cannabis strain?

This sometimes called Platinum OG Kush, and not to be confused with Platinum Cookies, is a cross of Master Kush, OG Kush, and a third parent that we don’t know, according to Leafly’s strains database.

It is an indica-dominant hybrid, and is widely considered to be one of the heaviest strains around. Weedmaps suggests that it was originally bred in Northern California by Apothecary Genetics, and the third unknown strain is Mendocino Purps, another legendary NorCal-born strain. Platinum OG appears lime green and orange in colors, with its tight buds absolutely blanketed by milky white trichomes.

How to grow Platinum OG

Traditionally, Kush genetics are pretty difficult to grow. Back when OG Kush first set the West Coast ablaze, there were a few expert growers that could really maximize its potential. It’s the same case with Platinum Kush.

Novices should definitely buy some seeds and give her a try, but just know that it might not be easy to manage as strains like Blue Dream and Sour OG that are usually pretty easy for growers of all experience levels.

Wikileaf suggests that Platinum OG grows best outside while Leafly suggests that it grows best hydroponically. This strain has a flowering time of 9 weeks when grown inside. Outdoors, it should be ready to harvest by the middle of October.

How does the Platinum OG strain smell and taste

Funky, piney, and dank. That’s how some high quality Platinum OG smells and tastes. Funky in terms of how most OG cultivars have a stinky smell to them. Dank is that smell where you put your nose in a bag and the smell screams in your face like Spongebob performing Sweet Victory at the Super Bowl.

There are no reviews yet.

Be the first to review “Platinum OG” Cancel reply